I honestly couldn’t be more excited. The Nevers is maybe the most ambitious narrative I’ve created, and I can’t imagine a better home for it than HBO.

It’s been described as “an epic science fiction drama about a gang of Victorian women who find themselves with unusual abilities, relentless enemies, and a mission that might change the world.”

And honestly, even if Whedon wasn’t involved, the concept alone has been interested, especially since it’s coming to HBO! We all know that Joss Whedon has had his fair share of trails and tribulations with broadcast TV, and I personally can’t wait to see what shape his creativity takes with a company like HBO.

Here’s what Whedon had to say…

I honestly couldn’t be more excited. The Nevers is maybe the most ambitious narrative I’ve created, and I can’t imagine a better home for it than HBO. Not only are they the masters of cinematic long-form, but their instant understanding of my odd, intimate epic was as emotional as it was incisive. It’s been too long since I created an entirely new fictional world, and the HBO team offer not just scope and experience, not just ‘prestige,’ but a passionate collaboration. I could go on, but — I’m impatiently grateful to say — I have work to do.

Word on the street is that HBO won the series in a bidding war with Netflix, supposedly the deciding factor giving the show a “direct-to-series” order, without even seeing a pilot. Though a practice that’s a rarity, if I ran a network, I would probably do the samething for Whedon, haha.

We have long been fans of the incredibly talented and prolific Joss Whedon and we can’t think of a better project than The Nevers with which to welcome him to the HBO family. We look forward to meeting the strange, multifaceted characters of The Nevers, to learn their stories, see them in action and share them with our viewers. We’re honored that Joss chose HBO as the place to build his ambitious new world and we are excited to get started.

All I know is that I couldn’t be more excited for a new show from Joss Whedon, and will be waiting on baited breath for this show to premiere!

What about you? Are you ready for THE NEVERS? Drop your thoughts on the Fuzzybug Facebook Page today!

Probably not surprising, but in MARVEL STUDIOS panel in the infamous Hall H, they debuted the new trailer for DOCTOR STRANGE, and it is BAD ASS! Check it out after the jump! 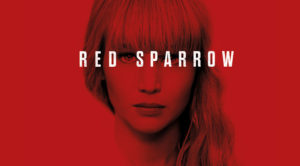 Love her or hate her, JLaw is definitely an accomplished actress. And personally, I’m definitely a fan, and I can’t wait for her new movie, RED SPARROW. If anything, it’ll probably be the closest we get to a Black Widow movie! We’ve only gotten a teaser trailer last year, but FOX has given us a…

END_OF_DOCUMENT_TOKEN_TO_BE_REPLACED 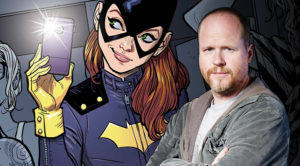 HOLY SHIT! You’ve probably already heard, but sounds like fan favorite Joss Whedon is coming to the DC EXTENDED UNIVERSE! As for what Joss Whedon will be doing? Sounds like our Geek God will be writing, producing, and DIRECTING a BATGIRL movie for Warner Bros. and DC Films! 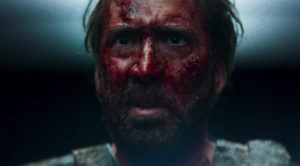 Admittingly I really haven’t been a Nic Cage fan since the ’90s. I mean, let’s be honest, between crap movies & going a little bat poop, not a big draw to see him in the theatres. But then came MANDY. I don’t know what this is, but it looks like some retro-horror delight! Check out…

END_OF_DOCUMENT_TOKEN_TO_BE_REPLACED 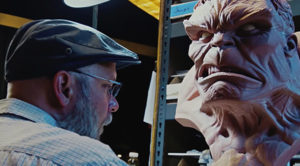 So today in my inbox, got an email from Sideshow Collectibles with the simple subject heading, “Sideshow Thanks You”. In it? A link to a video they put together thanking their fans! Check it out below.