And why wouldn’t they? Craig has been awesome as Bond.

But supposedly back in May, Sony Pictures offered the actor 68 million pounds, or approximately $100 million, to continue as Bond for 2 more Bond movies. Starting with James Bond 25.

Supposedly the situation is that Sony’s distribution deal ended with SPECTRE. And the studio is desperate to keep Daniel Craig as Bond for 2 more pictures as they transition in a younger actor for Bond as a “long-term” successor.

Currently the actor is “undecided” if he’ll return.

Craig has not been shy about how he feels on playing the role, something along the lines of slitting his own wrists. Personally, I hope the actor comes back, not only for my enjoyment. But why wouldn’t he? The actor really hasn’t had a success outside of Bond since he took the role on. But we’ll see.

But the mention of a “younger actor” is a little misleading. The mention of younger actor makes me think CW casting by way of Vampire Diaries or something. But reportedly contenders for the role are: Tom Hiddleston, Idris Elba, and Michael Fassbender… so I guess there’s some hope, and plans to handle the recasting right.

But either way, I hope Daniel Craig will return. Either way, I’ll definitely keep you posted as to what happens.

« IMAGE OF THE DAY: Did ‘Ghost Rider’ Jump Out of ‘BLEACH’?
First Trailer for PASSENGERS! » 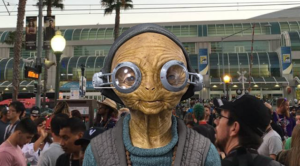 Did you see Maz Kanada at SDCC this year? Well, she was there! Well, Lupita Nyong’o, the wonderful actress who played her. She donned some cosplay and hit the exhibit hall floor. Check out the video clip from her Twitter below! 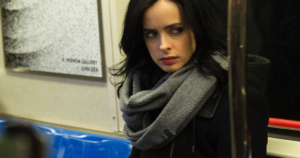 Fans of the Netflix corner of the MCU, the day we were dreading is finally here… the premiere of the last standing Netflix/Marvel show, JESSICA JONES. That’s right boys and girls, Netflix released a teaser trailer for the final season. It doesn’t give us much, but it does drop the release date of June 14th,…

END_OF_DOCUMENT_TOKEN_TO_BE_REPLACED 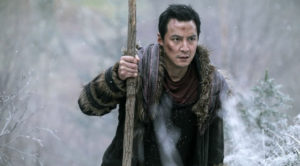 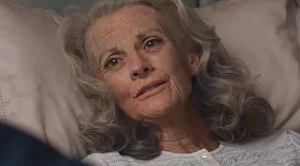 Out of the blue, came across a Instagram post from fan-favorite Hayley Atwell (Peggy Carter). In the post, she shared a video snippet of how the VFX team aged her for CAPTAIN AMERICA: WINTER SOLDIER. Check it out below! 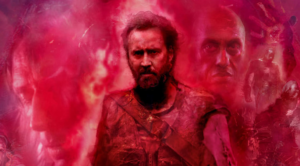 Man, I haven’t really been a Nic Cage fan since the ‘90s. But when the trailer for MANDY was released… Well, one, NO IDEA what I just watched and two, I thought something I didn’t think I would think since the ‘90s, Nic Cage you have my attention. But if you haven’t heard of MANDY,…