THE NEVERS, the Victorian/steampunk/fantasy mash-up from Joss Whedon hits HBO this Sunday! And personally couldn’t be more excited! And to get ready, looks like the powers that be dropped a new trailer! Check it out below!

I know Whedon has been under fire over the last year, with the allegations of abuse of power and unprofessionalism on the JUSTICE LEAGUE set from cast member, Ray Fisher, and more recently with Charisma Carpenter and other members of the Buffy-verse cast speaking out as well. I won’t get into my opinion on that whole situation, but being a fan of Whedon’s body work has remained unchanged. Having first heard about this project back in 2018, I am SO EXCITED it’s finally here!

Outside of the quick blurb above, not sure how I can describe this, so here’s the bit from the trailer’s YouTube page:

Victorian London is rocked to its foundations by a supernatural event that gives certain people — mostly women — abnormal abilities, from the wondrous to the disturbing. But no matter their particular “turns,” all who belong to this new underclass are in grave danger. It falls to mysterious, quick-fisted widow Amalia True (Laura Donnelly) and brilliant young inventor Penance Adair (Ann Skelly) to protect and shelter these gifted “orphans.” To do so, they will have to face the brutal forces determined to annihilate their kind.

Supernatural powers, Victorian London, steampunk goodness… having just finished THE IRREGULARS on Netflix, definitely looking for more of this goodness! While a lot of sites are billing this as an “extended” trailer, if you missed the first one, check it out below.

Although Whedon is no longer involved with the project, THE NEVERS will premiere this Sunday, April 11th on HBO & HBO Max. Sunday will being the first 6 episodes that were under Joss Whedon, and followed by another 6 at a later date under THE NEVERS’ new showrunner.

But are you excited? Drop your thoughts on the Fuzzybug Facebook Page today!

« Check Out the ‘Surprise’ In-Theatre Trailer for ‘THE SUICIDE SQUAD’
Marvel Fans, a NEW ‘LOKI’ Trailer is Here! » 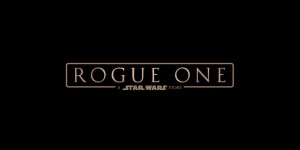 Disney president Alan Horn announced today that the first Star Wars spinoff, titled Rogue One (and from the new logo above, it seems to now be called Rogue One: A Star Wars Story), started filming last week under the direction of Gareth Edwards (Godzilla), who delivered a brief video greeting from the set before a…

END_OF_DOCUMENT_TOKEN_TO_BE_REPLACED

As we all know, everyone’s favorite God of Mischief is returning! And thanks to Disney’s recent Investor Event, we got our first look at his return! If you missed it, check it out below. Despite Kevin Feige saying that those that died in ENDGAME would stay dead, looks like the MCU is adopting the trope…

END_OF_DOCUMENT_TOKEN_TO_BE_REPLACED 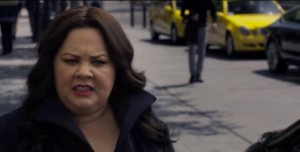 Spy (formerly known as Susan Cooper) is written and directed by Paul Feig (Bridesmaids, The Heat). Susan Cooper (Melissa McCarthy) is an unassuming, deskbound CIA analyst, and the unsung hero behind the Agency’s most dangerous missions. But when her partner (Jude Law) falls off the grid and another top agent is compromised, she volunteers to…

END_OF_DOCUMENT_TOKEN_TO_BE_REPLACED

Okay, I still don’t know how I feel about this new POWER RANGERS movie. BUT looks like we got a new trailer today. Check it out below. 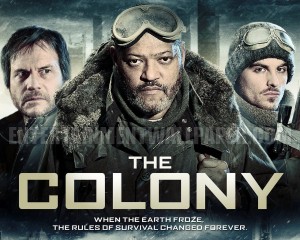 I gotta say, I was hopeful for this movie. I mean, I’ve been needing me some solid sci-fi/horror for a LONG TIME. I think the last sci-fi/horror film that scared the crap out of me was Event Horizon, funnilly enough, also starring Laurence Fishburne, who stars here as well. So when I started seeing spots…