Much like ALL Earpers, definitely stoked to have WYNONNA EARP come back last week for its mid-season premiere. Its premiere was hilarious, off the wall, all around guilty pleasure goodness I’ve come to love from the series, but unbeknownst to me, it’ll be its last!

I just happened upon an article from Comicbook.com about how showrunner, Emily Andras was hopeful to find a new home for the series, and definitely was all, “WHAT?!!” It was definitely surprising, both in the news, and why I hadn’t heard sooner. My fellows Earpers are pretty vocal about this kind of thing.

Comicbook.com talked about how Andras and the rest of the team are working behind the scenes for a fifth season, or “more stories, for the, “cult show with a passionate audience.”

In a cited interview with The Hollywood Reporter, Andras said:

…I can’t say who has said yes and who has said no. I can say that possibly someone you just mentioned is definitely in the mix. I would also say that in a weird way, while it may look more dire to the public, I think that season five is almost easier than season four because [Canadian distributor] Space stepped up in season four financially. We have an international distributor, Cineflix, that has sold out all over the world again. Netflix is still in as far as second window. All we need is a U.S. broadcaster, which is not as much moving around the chess pieces as it even was in season four. All the big people are in play, from IMDbTV to Paramount+, Hulu. Name a streamer, they have gotten a call from us.

But should efforts to find a new home fail, sounds like Andras feels like the current season will provide a solid send-off for the fans and show:

…There are worst feelings to be known for, when someone reads a book and gets to the end and says, ‘Oh my gosh, that was so wonderful, but I wish there was more.’ If that’s the feeling people have at the end of season four, that’s pretty rare on television. I’m really hoping that Paramount+ picks us up. I’d really love the privilege of coming back in a few years, if nothing else, Deadwood-style, and doing a movie and picking up the characters years later. I know what that would look like and it’d be interesting to tell a story about legacy and aging. But yes, I’m happy with the end of season four and I hope the fans will be too.

As much as I hope the show finds a new home, that’s an awesome thing to hear. Reminds of when STARGATE UNIVERSE was cancelled, ironically by SYFY as well. But the show’s final season ended on such an incredible cliffhanger, but at the same time crafted in such a way it coincidentally became such a great series finale & bookend to the series with how it began.

And worst case scenario, if WYNONNA EARP follows the same path, at least there’s the hope for a solid ending.

Though, in-terms of hopes that the show will find a new home, if Netflix is a possibility, I hope it lands there. If anything, the streamer was how I found the show, and it’d be kinda of cool to see it continue there.

But are you an Earper? How do you feel about the show’s potential end? Drop your thoughts on the Fuzzybug Facebook Page today. 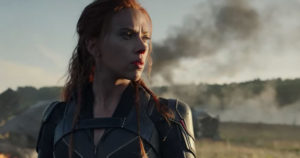 It’s finally here kids! From fans demanding it, to Marvel Studios announcing it, we have are first look at the BLACK WIDOW solo movie. And, probably not surprising, it doesn’t disappoint. Check it out above!

So first part of the year is always a little light on movies to see. But here’s a quick rundown of shows I’ve been able to make it out to the theatre for… 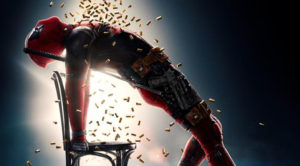 Really, what more do you need to know? Deadpool, meet Cable. Check out the trailer below! 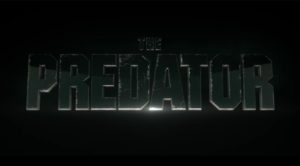 20th Century Fox has debuted a new trailer for Shane Black’s, THE PREDATOR. And it looks pretty bad ass. Check it out below!

I mentioned the concept of the amerime trend with the CASTLEVANIA post, you know when American animation houses try and mimic the atheistic of anime, usually with mixed results. And the animated movies from DC Comics is no exception. But they definitely do a better job than most… though I think they might source out to Korea? BUT their…