I don’t know about you, but I really enjoyed ALITA: BATTLE ANGEL last year. Definitely some failings, but overall, definitely had a great time watching it. Since its premiere, there have been fans wanting another, but in the Hollywood landscape, nothing is for certain. But in the time since, director Robert Rodriguez hasn’t given up hope.

SYFY WIRE reported that the director feels that Disney+ might be open to the idea for another movie. And if you didn’t already know, Disney now owns 20th Century Fox, the studio that released ALITA.

“That is worth the conversation, I know other people would love to see another, and I would love to do another one. As far as where it would go or how it would be made, I think streaming has opened up many opportunities such as sequels. It’s already a pre-sold concept, it’s already got a built-in audience that wants to see it, and then it’s delivered to them in a way that’s the easiest for them to consume. So, it’s not a bad idea.”

ALITA did pretty decent numbers at the box office, but even then, like I said, nothing in Hollywood is certain, so who knows what that benchmark may be to greenlight a sequel. But with Rodriguez having mentioned Disney+, he’s already been building a relationship there. Both with his episode on THE MANDALORIAN and serving as an executive producer on the upcoming THE BOOK OF BOBA FETT, there may be pull to get a sequel on the platform.

Personally, I would love to see a sequel get made. I thought Robert Rodriguez did such a great job with and the material, and there’s so much more story to tell from the original manga by Yukito Kishiro. But I guess only time will tell.

What about you? Would you like to see a sequel to ALITA? Drop your thoughts on the Fuzzybug Facebook Page! 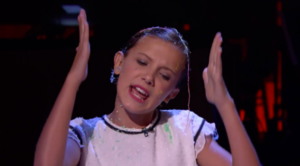 So Hello Giggles spotlighted the STRANGER THINGS kids on THE TONIGHT SHOW. During the interview, Millie Bobby Brown (Eleven) dropped some rhymes, as she rapped a little Nicki Minaj from “Monster”. Check out the rap after the jump! 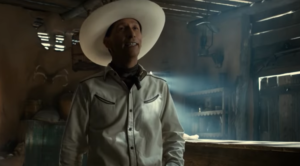 Honestly, when I saw this come up on FirstShowing.net, you had me at “Coen Brothers”. That’s right boys and girls, the Coen Brothers have a new movie coming out, and coming to Netflix, THE BALLAD OF BUSTER SCRUGGS. Check out the trailer below!

At Comic-Con this weekend, Lionsgate debut the first teaser trailer for the final chapter of THE HUNGER GAMES… well, part 1 of the final chapter, haha. BUT I have to say, even though it’s been only two movies, this franchise keeps getting better and better. And if the teaser is any indication, there’s no signs…

END_OF_DOCUMENT_TOKEN_TO_BE_REPLACED

Okay, potentially unpopular opinion, when THE CLONE WARS animated series premiered back in the day, didn’t dig it. Just didn’t click. Couldn’t keep watching, so I stopped. And when it was cancelled, I was all, “Not surprised.” It was too much “prequel”, not enough “OG theatrical trilogy” that I remembered. Kinda like the Warchowski’s SPEED…

END_OF_DOCUMENT_TOKEN_TO_BE_REPLACED

So it’s no secret that actor Ryan Reynolds hit a major pay day with the sale of Aviation Gin to spirits giant, Diageo. But with Reynolds hilarity, and social media prowess, I’m sure some are wondering if the FREE GUY actor will continue his involvement with the company after the sale. Well, looks like we…