I don’t know about you, but I’m still unpacking all the announcements from Disney’s Investor Event. And I have to say one of my favorite moments was for the announcement that director Patty Jenkins would be helming the Star Wars movie, ROGUE SQUADRON.

But one of the things that made this a favorite moment for me was the video Disney played of Jenkins talking about the project. Check it out below.

The director sharing her affection for her father serving as a fighter pilot, and her passion to search for a project the could hold that affection she feels… definitely makes the anticipation for this movie even greater.

It’s funny, it’s not unlike possessing the Darksaber, it’s all about the “story” in which you possessed it that determines the worth. And here, the personal story that Jenkins is bringing to this… like I said, can’t wait!

As for the movie itself? Well, it’s described as:

…a new generation of starfighter pilots as they earn their wings and risk their lives in a boundary-pushing, high-speed thrill-ride, and move the saga into the future era of the galaxy.

But what do you think about all this? Drop your thoughts on the Fuzzybug Facebook Page. 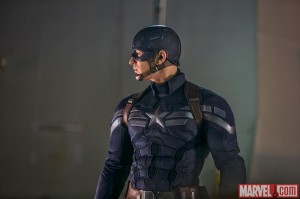 Well it’s no secret that Warner Bros. moved the release date of Batman vs. Superman, the sequel to Man of Steel, to the same weekend in 2016. Well, as part of the press tour for Captain America: Winter Soldier, the cast was asked what they thought about the move, and the response is pretty…

END_OF_DOCUMENT_TOKEN_TO_BE_REPLACED

That’s right Boys and Girls, despite it’s renewal order for a season 2, STUMPTOWN has been canceled. And I’m sure you can guess, the reasoning for this is due to COVID-19, and the resulting production delays. Being reported by Variety, it sounds like because of the production delays, and ABC’s needs for the Fall season,…

END_OF_DOCUMENT_TOKEN_TO_BE_REPLACED

After who knows how long a time of worry from initial news that this remake was happening, to leaked set photos of a cyborg costume that screamed Christopher Nolan Batman… the first trailer for the Robocop remake has been released. And I have to be honest… it doesn’t look half bad. Don’t get me wrong,…

END_OF_DOCUMENT_TOKEN_TO_BE_REPLACED 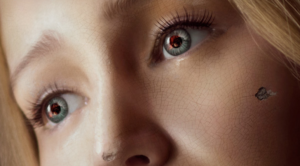 The first trailer has been released for Darren Aronofsky’s MOTHER!, and it’s CREEPY AS HELL! But really, would you expect anything less from the director? Check it out below!