I won’t lie to you, being a person of color, specifically of Asian descent, when I got wind this movie, JIU-JITSU, starring, the now (let’s be honest) eccentric, Nic Cage… I was ready to be ALL SORTS of offended when this trailer dropped!

And honestly, I was SO WRONG! It looks fun as hell! Check out the trailer below.

Every six years, an ancient order of expert Jiu Jitsu fighters faces a vicious race of alien invaders in a battle for Earth. For thousands of years, the fighters that protect Earth have won… until now. When celebrated war hero Jake Barnes (Alain Moussi) is defeated by Brax, the indomitable leader of the invaders, the future of humanity hangs in the balance. Injured and suffering from amnesia, Jake is rescued by Wylie (Nicolas Cage), Keung and his team of fellow Jiu Jitsu fighters. They must help Jake to regain his strength in order to band together and defeat Brax in an epic battle that will once again determine the fate of mankind.

I mean, to me, this thing looks like MORTAL KOMBAT and PREDATOR mashed into a movie, and I LOVE IT! Haha.

JIU-JITSU hits theatres, PVOD and Digital on November 20th. Will you be watching? Drop your thoughts on the Fuzzbug Facebook Page today! 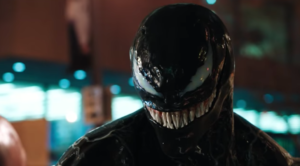 So before Sony Pictures decided to play nice with Marvel Studios, I honestly don’t think they’ve had any measurable success with a Marvel movie since the first two SPIDER-MAN movies under Sam Raimi. So with the blockbuster success with HOMECOMING, you’d think they’d pay more concern about “optics”.

In an odd turn of events, looks like Japan remade an Western sci-fi/horror movie! That’s right, Slashfilm is reporting that the Japanese Film Industry remade the cult-favorite, CUBE. Check out the trailer below. But be warned, no subtitles. But I’m sure fans of the original will recognize elements in the trailer. The trailer was posted…

END_OF_DOCUMENT_TOKEN_TO_BE_REPLACED 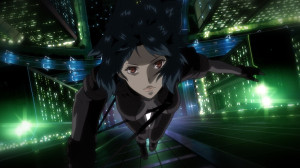 So Rupert Sanders, director of the shitbox, Snow White and the Huntsman, is reportedly signed on to direct one greatest pieces of manga that is Ghost in the Shell, as a live-action film… …that sound you were heard was my eyes rolling. Yes, I know eyes don’t make sounds… until NOW! That’s how much I…

END_OF_DOCUMENT_TOKEN_TO_BE_REPLACED

Chances are you’ve already seen this. But 20th Century Fox has released the first trailer for X-Men: Days of Future Past, and it looks AWESOME! It’s definitely great to have Bryan Singer behind the camera again for the X-Men. But I won’t keep ranting about this, check out the trailer below!

MAN, I love me some Korean cinema! And I’ll fully admit I’m a little biased, as, you know, I’m Korean. But you throw some sci-fi in that, and I’m ALL IN! With that, I give you the trailer for Netflix’s SPACE SWEEPERS! Check it out below! The premise of the movie is essentially you have…