By now you’ve probably heard of RAISED BY WOLVES, a sci-fi series coming to HBO Max from none other than Ridley Scott. Check out the trailer above!

If you’re not familiar with the show, it takes place on a Earth that’s been destroyed by war, and follows a number of androids who attempt to raise children to restart the world. Here’s the rundown from HBO’s YouTube page for the trailer:

Mother was programmed to protect everyone after Earth had been destroyed. When the big bad wolf shows up, she is the one we must trust.

And as you probably could tell from the trailer, the show seems like it’s going to make an analogy to the tale of The Three Little Pigs, not sure how I feel about that last part. But I’m in for the ride, especially since this series is marking the US TV directorial debut of Ridley Scott.

Scott will be directing the first two episodes of the 10 episode season.

The trailer itself is creepy and exciting, and I personally can’t wait for this! The best part? RAISED BY WOLVES hits HBO Max on September 3rd, as in RIGHT AROUND THE CORNER! Who doesn’t love the idea of some new entertainment, AMIRITE?!! Haha.

But what do you think of the trailer? Drop your thoughts on the Fuzzybug Facebook Page here. 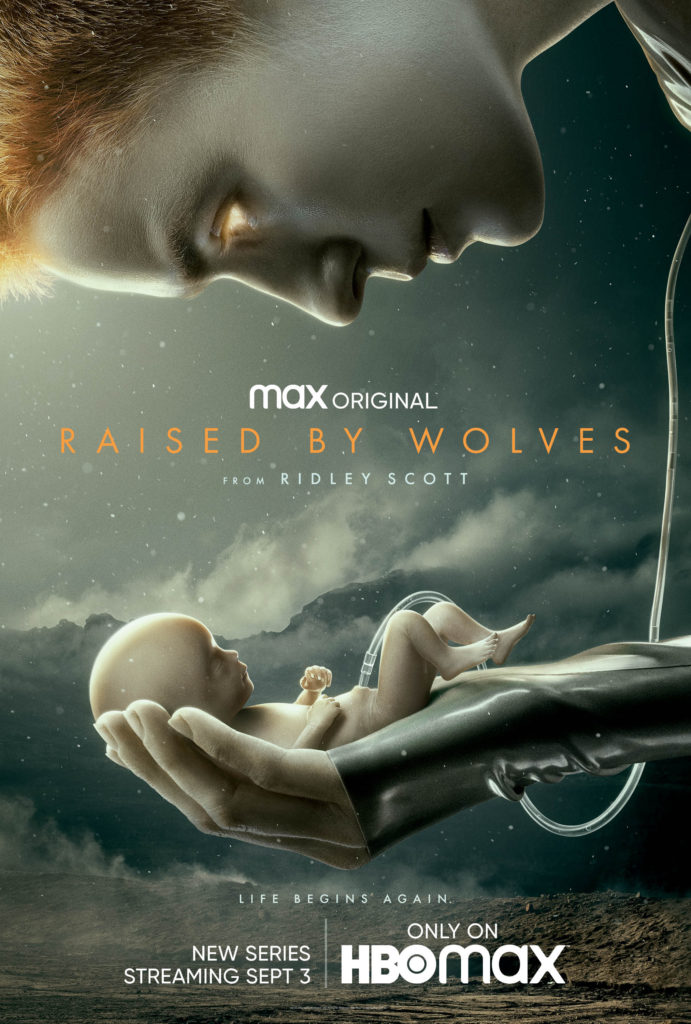