HELL YES I WAS! Kids, the fine folks at Well Go USA Entertainment have dropped the first trailer to PENINSULA, the sequel to the sleeper, zombie-hit, TRAIN TO BUSAN, from South Korea. Check out the intense trailer above!

Taking place 4 years after the events in TRAIN TO BUSAN, South Korea is in ruins, and looks like it’s all about survival. Though it’s being marketed as a sequel, feels more a spin-off since we’re not picking up directly with the characters from the first movie… but I know I’m splitting hairs here, because this movie looks awesome!

Here’s the rundown of the movie’s plot from Well Go’s YouTube page:

Four years after South Korea’s total decimation in TRAIN TO BUSAN, the zombie thriller that captivated audiences worldwide, acclaimed director Yeon Sang-ho brings us PENINSULA, the next nail-biting chapter in his post-apocalyptic world. Jung-seok, a soldier who previously escaped the diseased wasteland, relives the horror when assigned to a covert operation with two simple objectives: retrieve and survive. When his team unexpectedly stumbles upon survivors, their lives will depend on whether the best—or worst—of human nature prevails in the direst of circumstances.

No word yet as to a release, especially these days… ironically enough, with the pandemic we find ourselves in. But as soon as release information is announced, you better believe I’ll let you know!

Now, if you haven’t seen TRAIN TO BUSAN, check it out here. 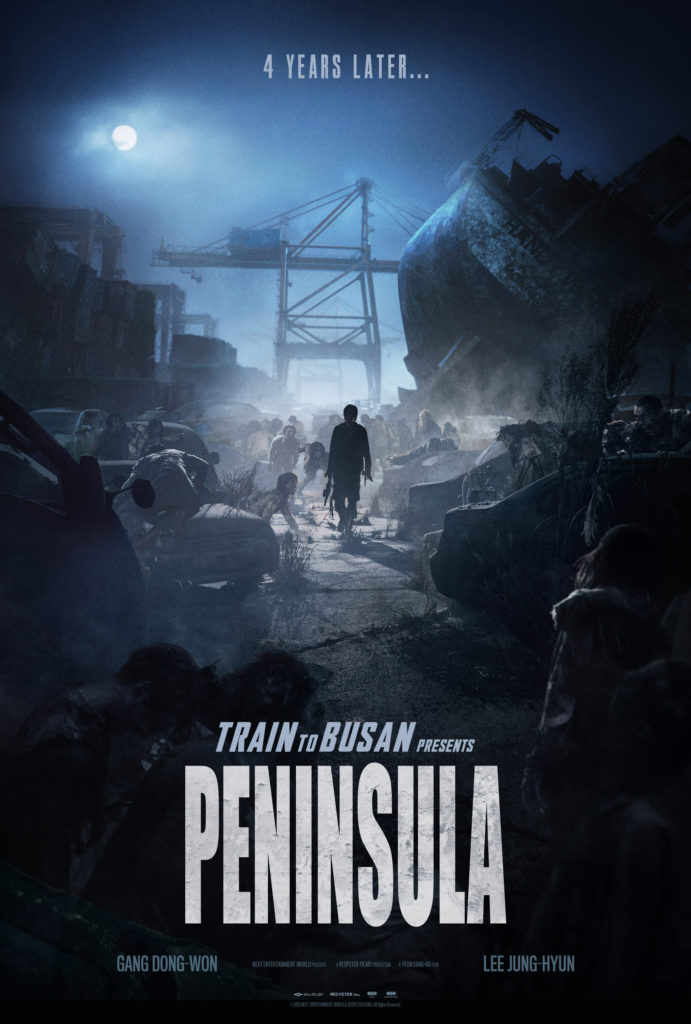 In Case You Missed It

Man, I gotta say, I just don’t know how to feel about the upcoming SNAKE EYES movie. I mean, on one hand, grew up with the OG toys, comics and cartoon… not only that, Snake Eyes BY FAR my favorite Joe… well, the “visor” version. The OG “goggles” never did it for me. But yea,…

END_OF_DOCUMENT_TOKEN_TO_BE_REPLACED

That’s right boys and girls, a new trailer for DUNE dropped today and IT’S SO GOOD! But really, you don’t want to hear me talk, check it out now! SO GOOD right? If you’re anything like me, you been eagerly anticipating a new trailer, or pretty anything “new”, and if it was footage, all the…

END_OF_DOCUMENT_TOKEN_TO_BE_REPLACED

Outside of getting a Switch Lite during the pandemic, yes, to play ANIMAL CROSSING: NEW HORIZONS with friends, been out of gaming for a little bit. These days, outside of current gen XBOX and Playstation being impossible to find, the majority of my friends are all into PC gaming. And with that, I’m sure a…

END_OF_DOCUMENT_TOKEN_TO_BE_REPLACED

Man, the STAR WARS sequel trilogy… definitely a divisive series if installments of the beloved franchise to be sure. But whether or not you loved it or hated it, sounds like Lucasfilm may not be done with those characters. CBR is reporting the characters will live on. Certainly, those are not characters we’re going to…