We’ve been hearing about a KENOBI project, based on the legendary Jedi, for years. First as a possible movie project. But with the poor box office of SOLO, pretty much all spin-off movies were sidelined, and development on the project seemed to have all but stopped.

But with D23 that has all changed. During the Lucasfilm panel at Disney’s annual fan-event, it was announced that joining THE MANDALORIAN on Disney+, we’ll be getting a series on Obi-Wan Kenobi starring Ewan McGregor, who took on the role in the Star Wars prequels.

I know, I know, “prequels, ewwwww”, I get it, and I definitely share the sentiment. But you have to admit that McGregor’s role in the trilogy was definitely a standout, and I personally can’t wait for this to premiere, especially under the leadership of Kathleen Kennedy.

Not much else is known except that production will begin next year, and the series will take place after the events in SOLO: A STAR WARS STORY. So who knows, maybe we’ll get more Darth Maul? We’ll see.

The first teaser trailer has hit for the sequel to the amazing, HOW TO TRAIN YOUR DRAGON. Looks like for this outing we jump forward, and it features an older Hiccup! Can’t wait to see what the team at Dreamworks has cooked up for us as I loved the original movie SO MUCH! 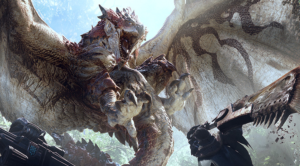 Seems like out of nowhere an update came that Sony Pictures is making a movie from Capcom’s property, MONSTER HUNTER. Honestly though, not sure why companies continue to pour money into video game adaptions. That’s not to say there’s not rich content to explore in movies… just it hasn’t been done well, at. all. And…

END_OF_DOCUMENT_TOKEN_TO_BE_REPLACED 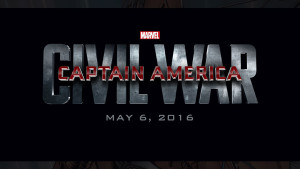 Now let’s be honest, you know you’re gonna see this movie no matter what I write. I mean, they could remake HOWARD THE DUCK, and we’d probably go see it. You know it’s true. Haha. But let me tell you, you’re not gonna be disappointed with CIVIL WAR. 😉 One of the things I love about…

END_OF_DOCUMENT_TOKEN_TO_BE_REPLACED 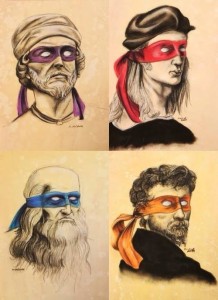 SYFY Wire recently shared the first trailer for Paramount’s LOVE AND MONSTERS, and holy geez, it’s the mash-up I didn’t know I needed right now. Haha. The thing looks to be part post-apocalypse, part rom-com, and part monster movie. Check out the trailer below. Seven years after the Monsterpocalypse, Joel Dawson (Dylan O’Brien), along with…