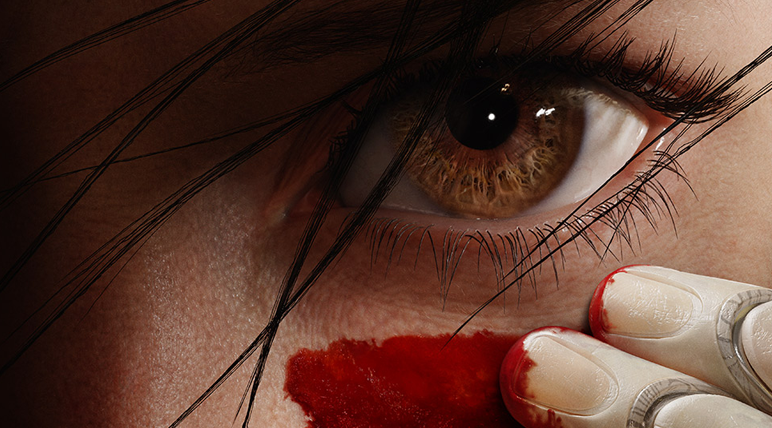 I have to admit, I had no idea what to expect when I went in to see ALITA. Admittingly the initial teaser didn’t instill me with a lot of confidence, it with it’s funky eyes.

But I have to say, I really enjoyed this movie!

Now if you’re unfamiliar with the world of ALITA, here’s a quick rundown of the movie from it’s site:

From visionary filmmakers James Cameron (AVATAR) and Robert Rodriguez (SIN CITY), comes ALITA: BATTLE ANGEL, an epic adventure of hope and empowerment. When Alita (Rosa Salazar) awakens with no memory of who she is in a future world she does not recognize, she is taken in by Ido (Christoph Waltz), a compassionate doctor who realizes that somewhere in this abandoned cyborg shell is the heart and soul of a young woman with an extraordinary past. As Alita learns to navigate her new life and the treacherous streets of Iron City, Ido tries to shield her from her mysterious history while her street-smart new friend Hugo (Keean Johnson) offers instead to help trigger her memories. But it is only when the deadly and corrupt forces that run the city come after Alita that she discovers a clue to her past – she has unique fighting abilities that those in power will stop at nothing to control. If she can stay out of their grasp, she could be the key to saving her friends, her family and the world she’s grown to love.

One thing I was definitely curious about was how they’d craft the story. Would it be a straight adaption of the anime, or adapt the manga, or something else entirely. Now I don’t think it’s any spoiler to say that they pulled a little from everywhere to create something new.

If you’ve seen the anime, you might think you’ll know where the movie is going, but you’d be wrong. And as for “pulled a little from everywhere”, we get little nuggets from the manga like Nova, and the Damascus Blade. So this isn’t a straight adaptation, and what we get is something that really sets this up well for a franchise too!

Though news on box office returns doesn’t seem like a sequel is likely. But there’s always hopes for the overseas market.

But for the movie itself, even if you’re not familiar with the source, if you love sci-fi and movies with a little heart, I think you’ll definitely enjoy this movie. It really felt like I was seeing the manga come to life. And that’s definitely not easy. Really felt like people tried to make live-action manga before in the US with VERY limited success.

Even more than that, it’s without a doubt that this is the most fun, action-packed movie I’ve seen in a while, and I’ll definitely hit the theatre again for another go.

Just one little note, Ed Skrein is in the movie. And everytime he came on screen, it was all I could do to not to scream, “FRANCIS!” Haha.

TRAILER AND POSTER FOR ‘THE GRAND BUDAPEST HOTEL’