Last year we heard that a TV series was being developed based on Joon-Ho Bong’s fantastic film, SNOWPIERCER. Back then, no real details were available about the plot or cast for the series. But for me?  I was a little confused as how this would work.

Immediately my brain went to a continuation or build up of the movie? Whether it was a follow-up after the crash, or a series that led up to the evacuation on the train, or even carving out a narrative on the train before the rebellion that happened in the movie… but either scenario I could think just ended up being a very finite idea. And I couldn’t imagine how they would build a lasting series from it.

Well, looks like we got a little light on that topic from SyFy Wire.

It sounds like they’re taking the concept of SNOWPIERCER and reimagining for TV. Which makes sense, I can only assume it’ll a similar development like LETHAL WEAPON. Same characters, same world, same initial background narrative, but none of the story elements beyond that.

Does that make sense?

Jennifer Connelly is set to star in the TV incarnation, and plays a First Class passenger on board the train who serves as its Voice, which makes PA announcements throughout the day to all inhabitants. With Connelly, we will have Daveed Diggs who is set to play the more familiar hero of the story, a prisoner caught up in a class revolution brewing in the train’s tail-end cars.

So for all intent and purposes, it sounds like the show will essentially be a reimagining of the movie. Which, I still have some reservations about, mainly because I enjoyed the movie so much. But it sounds like Joon-Ho Bong will be on board the show as a producer, so here’s hoping, at the very least, some of the tone of the movie will remain intact.

But despite my reservations, it’ll be interesting to see how this shakes out. It could potentially have almost a LOST vibe to it, and I mean LOST in the first 3 seasons, not when it got stupid after that. I mean, those of you who’ve seen the movie (which I recommend a watch if you haven’t) probably have a sense how this might play out in the first chunk of the series. But it’ll be interesting to see, if they keep to the plot of the movie, and depending on the success/length of the show, how they might explore the world after the crash.

Who knows. But I’ll definitely check in, at least for the pilot.

Currently no announcement for a premiere date has been made.

But what about you? Are you excited for the SNOWPIERCER TV show? Share your thoughts on the Fuzzybug Facebook Page.

« Full Trailer for ‘RED SPARROW’
Trailer: ‘ANT-MAN AND THE WASP’ »

“Give me a moment, won’t you friend. I’ve never been on trial for my thoughts before.” We recently saw the release of the trailer for THE TRIAL OF THE CHICAGO 7, the new film from Aaron Sorkin. A film that’s slated for Netflix. And while I will always LOVE ME SOME SORKIN, this trailer was…

END_OF_DOCUMENT_TOKEN_TO_BE_REPLACED 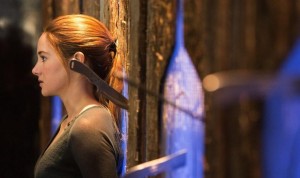 So the first trailer for DIVERGENT has been released, starring Shailene Woodley and Kate Winslet. And honestly, it looks like more of the Young Adult/Genre crap like Mortal Instruments, Twilight, The Host, Beautiful Creatures, you get the idea. Maybe I’m wrong? I hope so. But you can check the trailer out after the jump! 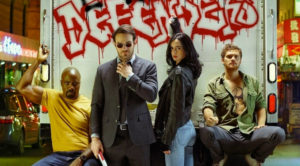 Looks like Thanos’ snap has reached all the way to Netflix, because the streaming service’s corner of the MCU has gotten considerably smaller.

Now I loved the first TRAINSPOTTING movie, SO GOOD! But definitely had mixed emotions about the announcement of the sequel. But seeing this international trailer, I have to say, I’m a little more excited! Check out the trailer after the jump!

The trailer is live for Edge of Tomorrow, and I can’t even begin to tell you how excited I am that it is! I remember hearing about this movie forever and a day ago, back when it was called, All You Need is Kill (the title of the Japanese novel of which the movie is…