STARGATE UNIVERSE is Coming Back…

Those of you who remember, STARGATE UNIVERSE was the franchise’s 3rd title, and featured an exploration team on a ancient spaceship called Destiny trying to get home to Earth.

SGU was by far my favorite STARGATE series. For me, it got the right balance of everything I loved about the original movie. Sadly the series was cancelled prematurely after 2 seasons. But by happenstance, ended so perfectly. If memory serves, in a effort to escape an overwhelming force, the crew decided to go into stasis as they put Destiny in a 3-year hyperspace jump. But at the last minute, one of the stasis pods malfunctions, and ultimately the boy genius of the crew, Eli Wallace (David Blue), decides to stay awake. The hope being he can fix the pod and join the crew before it’s too late.

The episode ended with Eli looking out from an observation deck as Destiny and her crew heads into a uncertain future.

But looks like the cliffhanger is going to have some resolution in a new comic series. io9 is reporting that American Mythology has gotten the license to STARGATE UNIVERSE, and will publish the series as a follow-up to the TV series, and titled, Back to Destiny.

Though my problem here is that, normally I don’t have an issue with TV to comic series, because some, if not all, of the creative team has involvement. With this new SGU series, though officially licensed, supposedly none of the writers or creators are involved… so it just kind of feels like fan fiction to me. But, maybe I’m wrong?

But if you’re into this regardless, SGU: BACK TO DESTINY should be in stores now! 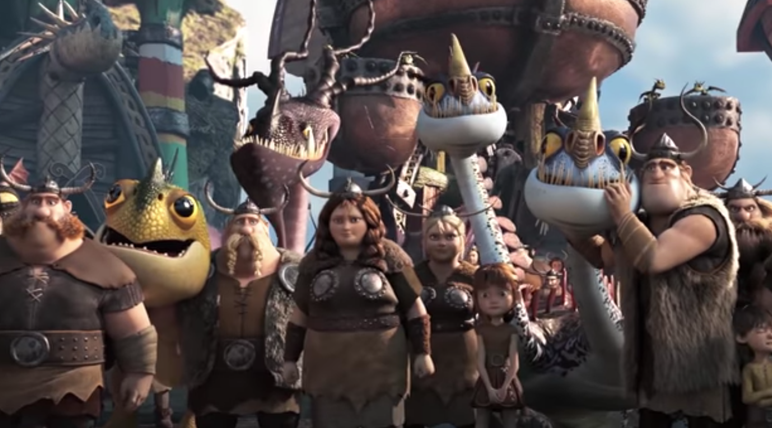 TRAILER: ‘HOW TO TRAIN YOUR DRAGON: THE HIDDEN WORLD’

AVENGERS’ Cobie Smulders gets us ready for S.H.I.E.L.D. in new promo…

CHECK OUT the SWEET IMAX Poster for THE HUNGER GAMES: CATCHING FIRE…