And it looks AWESOME! Check it out below!

Typically with adaptations, hardcore fans are always skeptical of movies taking on things precious to them. Personally, I’m only lightly familiar with the source material, but I have to say, the trailer looks BAD ASS!

But if you’re not familiar with THE DARK TOWER at all? Here’s a brief overview of the movie:

There are other worlds than these. Stephen King’s The Dark Tower, the ambitious and expansive story from one of the world’s most celebrated authors, makes its launch to the big screen. The last Gunslinger, Roland Deschain (Idris Elba), has been locked in an eternal battle with Walter O’Dim, also known as the Man in Black (Matthew McConaughey), determined to prevent him from toppling the Dark Tower, which holds the universe together. With the fate of the worlds at stake, good and evil will collide in the ultimate battle as only Roland can defend the Tower from the Man in Black.

THE DARK TOWER opens August 4th. You excited? I know I am!

« REVIEW: ‘COLOSSAL’, A Movie You Should Definitely See!
First Trailer for MARVEL’s ‘THE DEFENDERS’! » 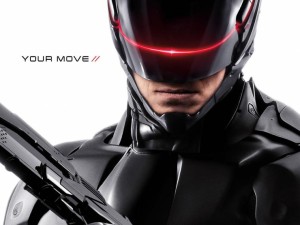 Funny to have Samuel L. Jackson’s character talk about America being “robo-phobic” given to the response to a lot of the early leaked pics for this remake. BUT that aside, the first full trailer for ‘RoboCop’ is here! Check it out! 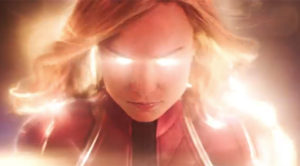 With Fangirl and Fanboys eagerly awaiting this morning, with news yesterday that a CAPTAIN MARVEL trailer would bow this morning, IT’S FINALLY HERE! And it’s SO GOOD! Check it out below! 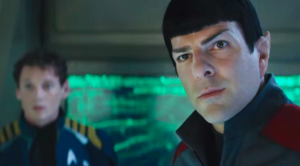 What I imagine is not a surprise to anyone, but word on the street is that the fourth installment of the STAR TREK movie franchise has been shelved indefinitely. 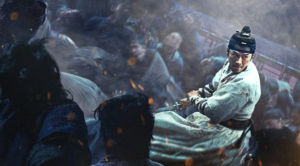 Looks like South Korea is doubling down on sword wielding warriors battling zombies! First we had KINGDOM which premiered on Netflix this month. NOW we’ve got RAMPANT giving us more sword/zombie action! And speaking of doubling down, RAMPANT is coming from the same studio that brought us TRAIN TO BUSAN! Check out the trailer below! 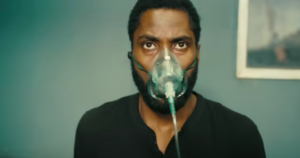 Warner Bros. has released the second trailer for Christopher Nolan’s TENET. Check it out above!