I know I’m not the first to post this. But it’s with a heavy heart to report that Carrie Fisher has passed today, she was 60.

As widely reported, Carrie Fisher suffered a heart attack last week while travelling from London to LA for the holidays. Since then, she was treated, and rushed to the hospital. Since, despite mixed reports, it was finally confirmed that she was in stable condition.

And the world of family, friends, and fans were pulling for her.

Sadly it was not to be, as The Hollywood Reporter is stating that family spokesperson, Simon Halls, confirmed the news:

It is with a very deep sadness that Billie Lourd confirms that her beloved mother Carrie Fisher passed away at 8:55 this morning. She was loved by the world and she will be missed profoundly…

I know, without a doubt, I will miss her profoundly.

I don’t think it’s a big secret that Carrie Fisher was a child of Hollywood royalty, being born to actress Debbie Reynolds and singer Eddie Fisher in 1956, and I’m sure other news outlets breaking this news have recounted that history already.

But for me, I may not have had the pleasure to know her personally. But the hand she had in telling some of the stories that impacted my life, be it STAR WARS, her scripts, novels, even her memoirs… I will always be grateful for sharing those moments.

And knowing that light is gone is truly heartbreaking.

So much love to the family during this difficult time. 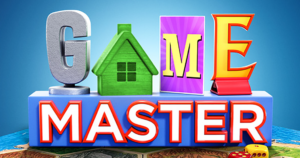 Gravitas Ventures has released a trailer for their new documentary, GAMEMASTER, focused on the board game industry, and the makers in it. Check out the trailer above. 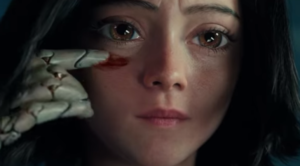 You know, I really hate the term, “heady”, when describing something a little more substantive than other, in this case, movies. But, for lack of a better term, ANNIHILATION is definitely a “heady” sci-fi movie. Of course, I wouldn’t expect anything less from writer/director Alex Garland. But here’s the thing, I’ve always felt like I’ve…

END_OF_DOCUMENT_TOKEN_TO_BE_REPLACED

Like I said, Ridley Scott’s movies have been more miss than hit lately… but with the first trailer for THE MARTIAN released, I am ON BOARD! Check out the exciting and tense trailer after the jump! 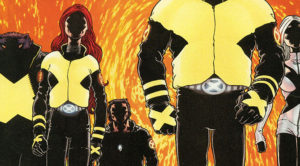 Okay, I think it’s fair to say that the X-MEN movies from 20th Century Fox have definitely been hit or miss. With the main X movies, things definitely went downhill with X-MEN 3 (fucking Brett Ratner). But things definitely got new vigor with FIRST CLASS. But sadly, Matthew Vaughn didn’t come back for DAYS OF…