So are you a big STAR TREK fan? Are you excited about DISCOVERY? AND were you a little annoyed to learn that after the premiere on CBS, it’ll shift the rest of the season to it’s online service?

Well, now we know why.

Sci-fi is not something that has traditionally done really well on broadcast. It’s not impossible, for the future, if somebody figures it out. But historically, a show like ‘Star Trek’ wouldn’t necessarily be a broadcast show, at this point.

While there’s some merit to what he’s saying, geek culture has become more and more popular. For better or worse, it’s been chic to be geek for a while now, so who knows what the Broadcast market reception would be like.

But in the meantime, when DISCOVERY’s premiere date is set, I’ll definitely be signing up for CBS ALL ACCESS.

« It’s Finally Here! The First Trailer for ‘GHOST IN THE SHELL’!
VIDEO OF THE DAY: EXTREME SAMURAIS!!! » 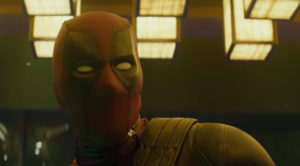 That’s right boys and girls, DEADPOOL 2 is a month away! With that, FOX has released the final trailer for the highly anticipated sequel. Check it out below! (NSFW BTW)

New Line Cinema has released a new trailer for Will FerrelL & Amy Poehler’s new movie, THE HOUSE. Check it out below! 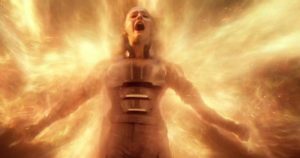 Now I haven’t seen X-MEN: APOCALYPSE, but if reviews were any indication, it sucked pretty hard. BUT I’m still curious… but, nevermind all that, one thing is for sure is that fans are definitely wondering where the franchise might go next.

That’s right boys and girls, Chris Hemsworth is here to tell you you’re AWESOME… for 51 SECONDS! I mean, what more do you need in these crazy times. Get your positive affirmations below: NEW Chris Hemsworth speaking positive things aimed at you to make your day better pic.twitter.com/E0SLNWdZwA — best of chems (@hemsbest) August 18,…